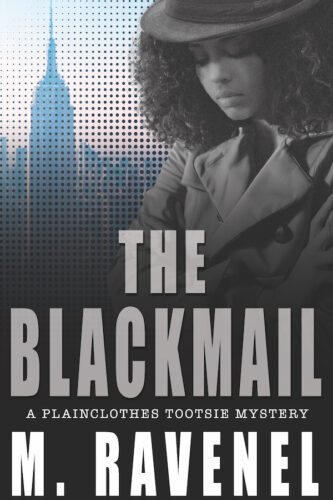 Another case has fallen onto the desk of Tootsie Carter; a female detective armed with a snubnosed Colt .38, unmatchable wit, and a pocketful of Tootsie Rolls.

When a photo she took ends up splashed across a sleazy tabloid, Tootsie launches into an investigation to figure out who leaked it.

Pounding the pavement, she follows the leads to a seedy massage parlor.

One step inside and she knows something isn’t right.

The women there need help, and Tootsie is determined to set them free.

But it won’t be easy.

Sinister forces, who will stop at nothing to keep their income of dirty money flowing, are at work.

Can Tootsie break the women out of their violent shackles? Or will she find herself trapped alongside them?

We use cookies on our website to give you the most relevant experience by remembering your preferences and repeat visits. By clicking “Accept All”, you consent to the use of ALL the cookies. However, you may visit "Cookie Settings" to provide a controlled consent.
Cookie SettingsAccept All
Manage consent

This website uses cookies to improve your experience while you navigate through the website. Out of these, the cookies that are categorized as necessary are stored on your browser as they are essential for the working of basic functionalities of the website. We also use third-party cookies that help us analyze and understand how you use this website. These cookies will be stored in your browser only with your consent. You also have the option to opt-out of these cookies. But opting out of some of these cookies may affect your browsing experience.
Necessary Always Enabled
Necessary cookies are absolutely essential for the website to function properly. This category only includes cookies that ensures basic functionalities and security features of the website. These cookies do not store any personal information.
Non-necessary
Any cookies that may not be particularly necessary for the website to function and is used specifically to collect user personal data via analytics, ads, other embedded contents are termed as non-necessary cookies. It is mandatory to procure user consent prior to running these cookies on your website.
SAVE & ACCEPT