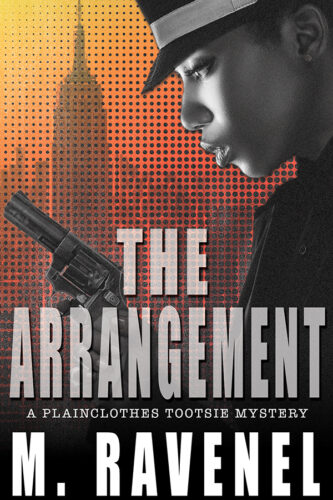 Another case has fallen onto the desk of Tootsie Carter; a female detective armed with a snubnosed Colt .38, unmatchable wit, and a pocketful of Tootsie Rolls.

A missing wife. The seedy underbelly of the boxing world. Lace your gloves and ring the bell, PI Tootsie Carter is on the case.

When a desperate man stumbles into her office, pleading for help locating his wife, Tootsie launches into the investigation.

Following the clues, she uncovers a boxing racketeer with a deadly agenda.

Can Tootsie deliver the one-two punch that brings the woman home safe? Or will more bodies fall to the mats?

BUY FROM OTHER RETAILERS

PRAISE FOR THE ARRANGEMENT

“Well if you enjoy a feisty, hard nosed, kick ass, stand for no nonsense, says what she thinks and doesn’t care what anyone thinks of her detective…. then this book will be right up your street! This is a fantastic debut novel by M. Ravenel. I became immersed into the dynamic life of Detective ‘Tootsie’ Carter and fully enjoyed her exploits. …” – Bex Books and Stuff

“This detective thriller has a dynamic first-person heroine and a distinct 1970s New York City setting that will seep into your mind and keep you engaged.” – Virge B., Proofreader, Red Adept Editing

“Tough and clever Tootsie is a PI who loves Dick Tracy. When the case of a missing woman connected to a boxing champ leads to the rough parts of town, Tootsie pulls out all the stops to find her before it’s too late.” – Stefanie B., Line Editor, Red Adept Editing